PPG Goes to v1.0.0 with a Major Overhaul

Phone Passcode Gen (abbreviated to just PPG) is now about v1.0.0, featuring a major overhaul in several departments since its last update in March.

PPG was more of a “proof of concept” so to speak. I just needed random numbers for things like restrictions codes and what not. So, I created a simple, yet powerful method for generating them. PPG v0.1.2 came out in March 28th, and since then, there have been several major leaps forward to improve performance, design, and the overall functionality of PPG.

To start, CSS has been ditched in favour of SCSS/SASS. This allows not only cleaner and clearer stylesheets, but also easy minification to help shrink package sizes and allow for an overall better experience for the end user, no matter the device. I also added in Gulp and GitHub Actions to replace Travis (I like Travis, but GH Actions has been much more streamlined of an experience imo). With Gulp, you can easily compile just the SASS, minify just the JS, or stage the entire project for production.

Outside of changing how code is handled, more technical changes were made overall such as the switch from the GNU General Public License (v3) to a 3-Clause BSD license. The reason for this switch was purely to allow more users to take PPG and evolve it into greater things, without necessarilly having the “complications” of a GPL license. Package management was also switched from NPM to Yarn for its overall greater performance.

A redesign was also to be called for as, frankly, the old gradient was disgusting. This redesign brings in a muted blue background, purple highlights, and an automatic dark theme on the applet itself. 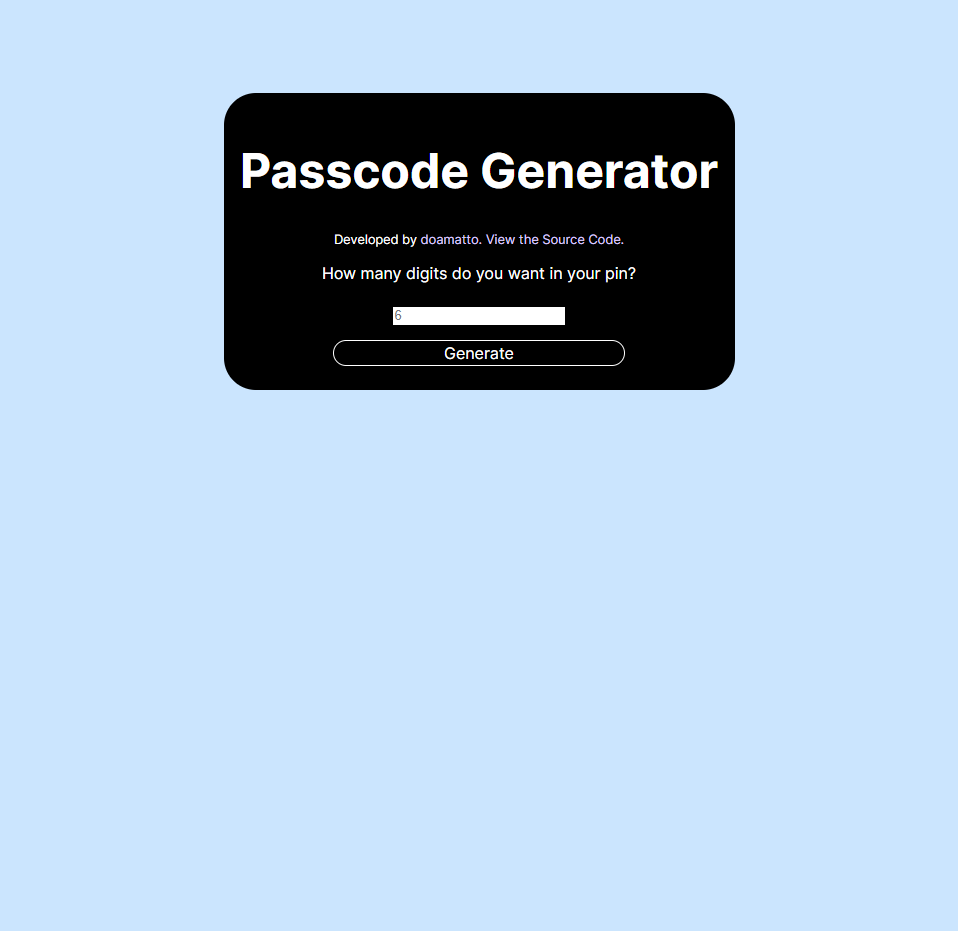 Apart from design changes, general bug fixes were made and optimizations to how validation for numbers was made even faster than before.


Tags: Updates and Other Projects. Subscribe to the Atom feed.